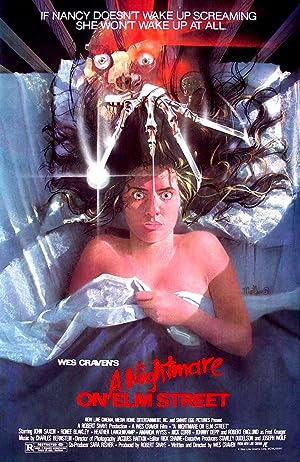 In the early 1980’s, a psychopath named Fred Krueger – known as the Springwood Slasher – murdered several children with a glove outfitted with straight razor blades attached to the fingers. When a foolish decision by a judge sets Krueger free, an angry mob of parents, whose children he terrorized and murdered, burn Kruger alive in the boiler room where he worked. Years after his death, the living children of the parents responsible for Krueger’s death experience terrifying nightmares involving a burned man wearing a glove with razor blades on the fingers. The ghost of Fred Krueger haunts their dreams, and when Nancy’s best friend Tina dies violently in her sleep during a dream confrontation with Krueger, Nancy realizes she must find a way to stop the evil psychopath’s reign of terror – or never sleep again.